Behind the scenes with industry pioneer Van Oossanen Naval Architects 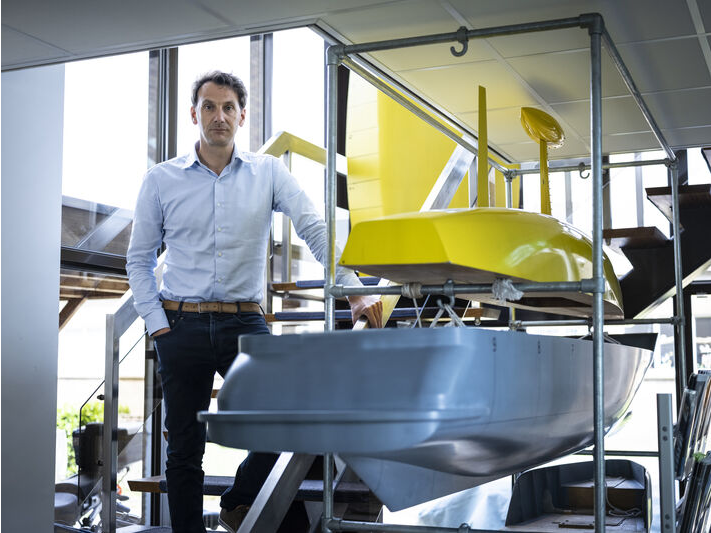 A family business at its core, Van Oossanen Naval Architects has been a household name in the maritime industry since its founding in 1992 by Dr. Ir. Peter van Oossanen. In 2001, Perry Van Oossanen, Peter’s son, joined the company and brought the business firmly into the limelight of the superyacht industry with the pioneering creation of the Fast Displacement Hull Form. Today, many superyachts are conceived with the revolutionary hull and Van Oossanen is credited with the creation of one of the most efficient pieces of engineering the industry has seen in recent decades.

We caught up with Perry to discuss the history of the company that he has inherited, the evolution of the business over the last two decades and critically his creation of the FDHF and the implications it has had for the industry.

First off, can you give me a little historic background of the business and how you came to join it in 2001?

Before the business was founded by my father, Peter worked at MARIN (Maritime Research Institute of the Netherlands) where he was head of the department of advanced ships, including yachts. We really came into the industry through the sailing and racing yacht industry and he was involved in many America’s Cup projects over the years. During his time at MARIN he built a solid reputation and it was off the back of that experience that he founded Van Oossanen & Associates – as the company was originally named.

Initially the business was focused on consultation about all aspects of yacht engineering, from propulsion to vibration and hull form, and gradually that grew into a full spectrum naval architecture studio.

When I left school I first wanted to join the Dutch navy, but ended up (certainly for the best) studying naval architecture and following my studies I joined the family business in 2001. At the time there were only three people in the team but we’d begun to garner a reputation for our theoretical knowledge which really pushed us ahead of our competition.

Building on that, what was it that really brought Van Oossanen to the top of the industry and can you tell me more about the development of the FDHF?

I think the most valuable thing that we bring is a deep and unfailing commitment to research and development. We’d already been experimenting a lot with different hull forms and testing them out in the tanks and using the CFD (Computational Fluid Dynamics) methods. By the time the financial crisis hit in 2008 we took the opportunity to innovate so that we could come out of it even stronger than before. Each member of the team created a pet engineering project and mine was the creation of a faster, more efficient hull form – that became the FDHF. As the project progressed we tested the hull out constantly and luckily Heesen Yachts were looking to create a faster superyacht with the project for Galactica Star, now Illusion. We showed them the results of our work and they immediately went for it, giving the project a flying start!

With Heesen Yachts behind you, how did the rest of the industry react and did you expect it to gain the status that it now has?

The first hurdle we had to overcome, of course after having the form used by a shipyard, was to take away the conception that the hull actually had a lot less space for the interior. Sure, we do like slender and sharp waterlines, but the FDHF allows for the same interior as traditional hull forms. Certainly people were a bit skeptical at first, it took about four or five years, but once Galactica Star was launched in 2012 we had the best calling card that you could ask for!

For Van Oossanen as a company to turn to innovation in a time of difficulty seems to say a lot about the ethos of the business, is that part of what drives you forward as a company?

It is really a passion at Van Oossanen and my business partner and I are really motivated by the discovery of new solutions. That has now become our business model and it really makes us stand out as unique.

Annually we dedicate about 20 percent of our internal capacity to R&D and a lot of that is dedicated to hull forms, though construction methods and propulsion systems are also a major focus for us. Typically we have around three to four big R&D projects per year and we allocate our work force to those projects depending on their individual expertise.

And how has the application of CFD software impacted the R&D process and how does it compare to traditional methods such as tank testing?

We have been using CFD since 2005, and we were one of the first studios to really employ it as a tool. Of course it is a true specialisation and now we have a supercomputer and a dedicated team of four people in the office that are dedicated to feeding the machine with different simulations in order to test our designs.

In terms of the accuracy of the software, it has improved vastly over time and our skill has also grown. Now we can simulate pretty much any physical test with the computer and I do believe now that CFD is better than tank testing alone, which is not something I would have believed four or five years ago!

Finally, the FDHF hull form has been credited as one of the biggest leaps toward a more sustainable yachting industry, were you conscious of this at the time of design?

At the time our focus was really on speed and efficiency, of course efficiency comes hand in hand with sustainability but that was much less of a topic at the time. Today I believe it is absolutely crucial and that no vessel should be constructed without sustainability as a major consideration. While alternative propulsion systems are the talk of the industry right now, we have to accept that it is too limited to leave the conversation there, engineering and hull form are crucial. We work closely with the Water Revolution Foundation and as a company we will continue to innovate to make the fleet less damaging to the environment!

With the latest iteration of the FDHF having just been launched into the water with Heesen Yachts’ superyacht Galactica, it is clear that Van Oossanen will continue to push the industry forward from the ground up!